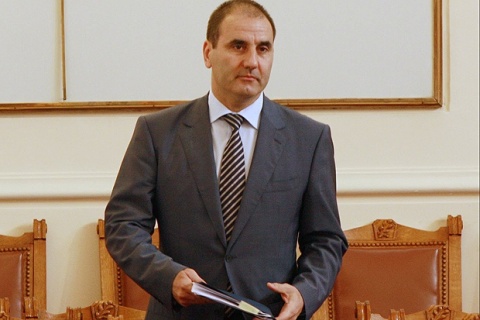 Zlatomir Ivanov, aka The Beret, a former counter-terrorism squad commando, got four gunshot wounds as he was entering the Central Courthouse in Sofia for his organized crime trial hearing but survived.

Speaking to reporters, Tsvetanov agreed with Prime Minister Boyko Borisov that the assassination attempt would not have taken place if the victim was not under house arrest.

"I have always claimed that persons who have been sentenced at first instance will be much healthier if they stay in custody," Borisov said earlier on Tuesday.

"I believe that my colleagues will put all efforts into discovering those who ordered and perpetrated the assault," Tsvatanov also declared.

The Interior Minister described Ivanov as one of the "key figures" of Bulgarian organized crime.

The assassination attempt occurred at about 9:30 am on Tuesday, with the shooter standing on the roof of the Sofia Bar Association building across the street where a fire broke out immediately after the shooting.