Bulgaria Minister: No Idea Who's Behind DTT Mux Deals 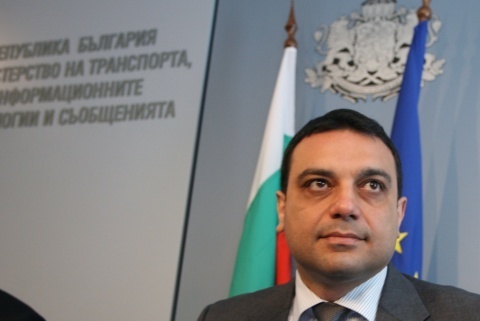 Bulgaria's transport minister has played down concerns over lack of clarity about the winners of the controversial tenders for the operation of what will be the country's DTT multiplexes.

"I know the names of the companies, which won the multiplexes tenders - Hannu Pro and Slovakia's Towercom. But I don't know who the owners are. I only know that one company is English and have no idea about the other," Transport Minister Ivaylo Moskovski told the national state-owned TV channel on Saturday.

The minister reiterated that the problems most probably dated back to the term of the previous Socialist-led government, which approved the legislation and organized the competitions for selecting the operators.

He however turned a blind eye to the fact that the current government of GERB was expected to break the alleged cartel in Bulgaria's digital switchover, but refused to do so.

In his words the lack of clarity over the ownership of the offshore companies, which were assigned the digital broadcast spectrum, does not pose any threats to the national security.

On Thursday the European Commission referred Bulgaria to the EU court, saying that the procedure followed by the country was based on disproportionately restrictive award conditions, leading to the exclusion of potential candidates.

In a bid to prevent legal action by the European Commission, Bulgaria decided at the end of December 2011 to hold a tender for yet another multiplex, its seventh.

The Commission however said it expects Bulgaria to publish the conditions of the tender as soon as possible, so that potential new entrants can prepare their applications, be selected and enter the market before the date set for the analogue switch off, September 1, 2013.