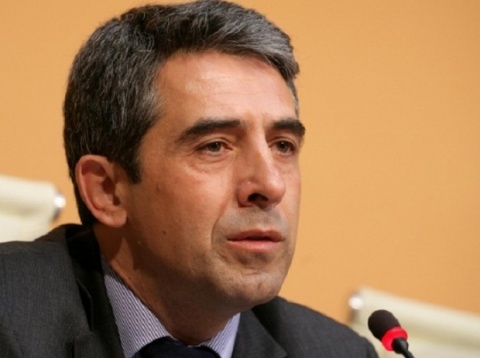 Bulgarian President Rosen Plevneliev has demonstrated a harder stance with respect to relations with the Republic of Macedonia, indicating that Bulgaria could use its veto right in the EU with respect to the former's accession process, unless good-neighborliness is observed.

He believes that "Bulgaria's responsible position is not to keep quiet but to impose a veto in the course of the talks for Macedonia's EU accession while being as well-intentioned as possible", as cited by bTV on Wednesday.

He added that in December 2012 Bulgaria in fact assumed a very responsible position because it did not technically impose a veto on Macedonia since the Council ministers of the EU nations did agree that good-neighborliness is important as is progress towards the democratic development of Macedonia.

"We have no problems with other regions or people. We have good relations. But we wish to address the problem where it exists. It is a problem, and a problem that has been very clearly defined by us – namely, those presently in power in Skopje, unfortunately, aren't observing the Declaration for Good-neighborly Relations that we signed back in 1999. We have an objective criteria – we have a declaration that is not being fulfilled. We want nothing more than that," Plevneliev elaborated.

"That's why we're saying, "Let this declaration that we came together for be turned into an agreement with a standard wording – the same that Bulgaria signed with Greece, Turkey, Romania," he added.

Plevneliev further denied claims that because of the policies of the ruling VMRO-DPMNE party and the government of Macedonian Prime Minister Nikola Gruevski in Skopje, Bulgaria will be treating all Macedonians accordingly.

He elaborated that Bulgaria's arguments on Macedonia's EU accession are always clearly stated in his own statements as well as those of Prime Minister Boyko Borisov and Foreign Minister Nikolay Mladenov.

"We are requesting that our Declaration on Good-Neighborly Relations be turned into an agreement. Why? So that there are no problems among the people, and the institutions can work for what the people have achieved – namely, friendship, good-neighborliness. So let us sign our treaty, and stick to it, and Brussels will be the observer," Plevneliev said.