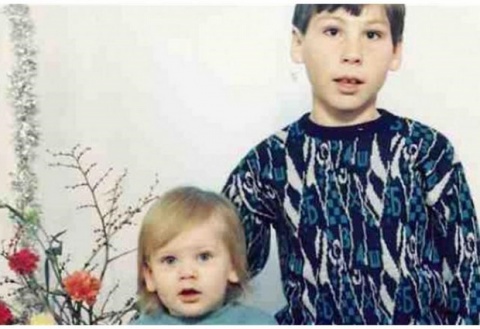 A large number of comments by Bulgarian Turks expressing support for Oktay Enimehmedov, who attempted to shoot emblematic Bulgarian-Turkish politician Ahmed Dogan, has accumulated on the Facebook page of the failed assassin's brother.

Oktay has a famous elder brother – Metin Enimehmedov – who back in 2007 won a Ferrari as the grand prize in Bulgaria's dancing reality "Dance with Me".

"Oktay, we are with you. Many Bulgarian Turks don't approve of the current policy of DPS. We support you!", says one of the comments on Metin Enimehmedov's Facebook page after he posted a childhood photo of him and his brother.

Most of the comments inspired by the photo of Oktay and Metin Enimehmedov express support for the family of the two brothers.

"There are many Turks in Bulgaria who aren't happy with the regime of DPS and their leaders. We wish you a quick recovery," reads another post, referring to the fact that Oktay Enimehmedov was beaten viciously by DPS party delegates on the conference floor after his gun misfired.