Bulgaria's Former Tsar: Attack on Dogan Must Be Firmly Condemned 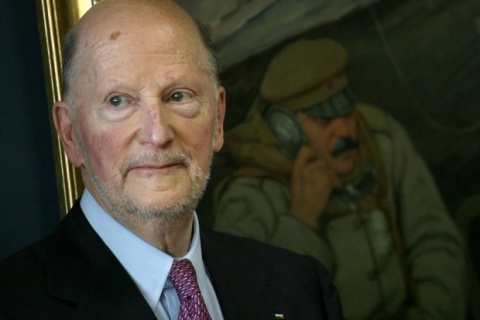 The attack on the life of Ahmed Dogan, who until Saturday was the leader Bulgaria's ethnic Turkish party Movement for Rights and Freedoms, DPS, is an outrageous act which must be undoubtedly condemned.

The statement was made by Bulgaria's former Tsar and Prime Minister, Simeon Saxe-Coburg, saying all attempts of some circles to play the incident down by labeling it "staging" or turning the attacker into a hero were cynical and detrimental for democracy in the country.

The written statement was distributed Sunday by Saxe-Coburg's press office.

The former PM stresses the society must first and foremost be grateful that the incident did not have a fatal end, but voices deep regret the shocking footage has been aired live and has made headlines across the globe.

According to Saxe-Coburg, who was a coalition partner of Dogan in the previous Cabinet, people in Bulgaria must realize that similar attacks have happened and can happen even in countries with long-running democratic traditions such as the US, the UK, and Switzerland.

"Examples, regretfully, are not lacking at all, and are part of actions of collective insanity and aggression that seem contagious. In the global world we live in, we cannot expect to be exempt from such acts, especially when it comes to senior officials like Dogan," the statement reads.

According to the former PM, the attack could have been triggered by the lasting presentation of any political opponent as the arch enemy.

He underscores that the incident has overshadowed a way more important and dignified political act – the resignation from the leadership post of one of the emblematic figures of the transition period, top contributor for its peaceful advancement and for ethnic peace in the country.

"These contributions are a fact in the country's modern history and I have no doubt all circumstances around this vandal act would be made clear and the public will be able to calm down," he comments.

On Saturday, police in Bulgaria detained a man after he pointed a gun at Dogan  as he was delivering a speech in the capital Sofia. No shots were fired. The man was identified as Oktay Enimehmedov, a 25-year-old ethnic Turkish resident of the city of Burgas, with a previous criminal record for assault and theft.

At a special emergency press conference Sunday, the DPS leadership voiced outrage from the shift of focus regarding the murder attempt in presenting it as an individual act of a man who only wanted his moment of glory.

The party informed they will ask for an international probe in the incident they are convinced was an attempt for political murder. The incident will also be included as grounds for the non-confidence vote against the Cabinet to be tabled by DPS in upcoming days.

Earlier Sunday, Sofia City Prosecutor, Nikolay Kokinov, announced the man who attacked Dogan with a gas pistol during a televised speech will be charged with grave hooliganism and death threat.