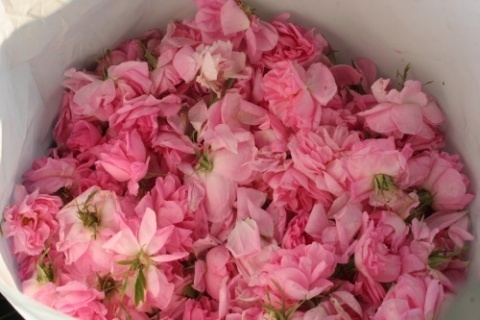 Bulgaria will challenge the expert report of the Scientific Committee on Consumer Safety (SCCS) of the European Commission recommending the removal of allergens in cosmetic products containing rose and lavender oil, according to Agriculture Minister Miros

Bulgaria will challenge the expert report of the Scientific Committee on Consumer Safety (SCCS) of the European Commission recommending the removal of allergens in cosmetic products containing rose and lavender oil, according to Agriculture Minister Miroslav Naydenov.

Speaking Friday in Berlin, Naydenov explained that the report blocked the production of traditional Bulgarian natural products from rose and lavender.

Bulgaria's Agriculture Minister is in the German capital to open the Bulgarian pavilion at the 2013 edition of the annual fair for the food, agricultural, and horticultural industries International Green Week Berlin taking place on January 18-27.

"Bulgaria will defend its right to produce rose and lavender oil and will not give up this battle," Naydenov declared Friday, as cited by the Bulgarian Telegraph Agency (BTA) and investor.bg.

He vowed to discuss the matter with new EU Health Commissioner Tonio Borg and to bring up the issue with the Council of Ministers of the European Union.

Naydenov went on to explain that Bulgaria intended to defend its products from rose and lavender oil with natural ingredients and opposed their synthetic replacements.

"The claim that lavender and rose oil contain allergenic ingredients is not based on in-depth research and is biased," he pointed out.

Bulgaria grows rosa damascene on an area of 38 000 decares and the country's annual production of rose oil amounts to around 150 kg, given that it takes around 3000 kg of rose blossoms to make one kilogram of rose oil.

The production of rose oil in Bulgaria provides employment to 2100 people.

Bulgaria's rose oil is mostly exported to the US, France, South Korea, and Japan.

The annual production of lavender oil amounts to around 100 tonnes and is exported mainly to France, Germany, Austria, the Netherlands, the UK, and Canada.