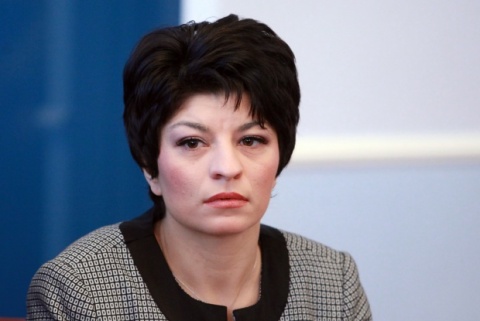 Health Minister, Desislava Atanasova, says there are enough grounds to suspect a Bulgarian doctor has replaced the blood sample that exonerated his of allegations of being drunk while on duty. Photo by BGNES

The prosecutor's office must probe the case with the now-notorious doctor from Bulgaria's western town of Dupnitsa, according to Health Minister, Desislava Atanasova.

Doctor Atanas Damov has been accused of causing the death of the woman because he had been drunk while on duty.

In October, a 35-year-old woman from Bulgaria's western city of Pernik died in the hospital in the town of Dupnitsa after being admitted by Damov. The woman has been taken to the St Ivan Rilski hospital by relatives, who upon seeing the doctor became suspicious he was drunken and called the police for assistance.

The breathalyzer, administered immediately, showed the doctor had nearly 2.5 per mills of alcohol blood-level. The blood test, however, cleared Dimov, because it did not show alcohol content.

It emerged Monday that experts for the National Institute for Criminology have established that the blood sample belonged to a woman.

Atanasova now says this gives serious grounds for suspicions the doctor had committed fraud. The local prosecutor's office has already sent the case to the medical audit unit of the Health Ministry.

The authorities are also probing how blood samples are stored at the Dupnitsa hospital and who has access to them.

Colleagues, including the director of the hospital, have insisted that the doctor had indisputable reputation, a 30-year experience, never used alcohol and did not smoke.

The woman is from the Roma minority and did not have health insurance, it also emerged. She had been a coma for 5 days before being taken to the hospital.

The body was sent for autopsy.

The coroner's report in the case is not yet ready in order to establish a connection between the death and the doctor's care.