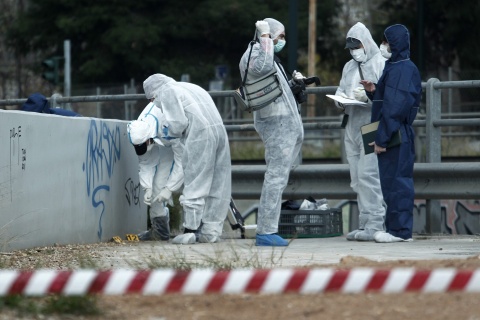 Shots have been fired overnight at the headquarters of Greece's ruling New Democracy party in Athens, Greek police have informed.

Unidentified individuals fired about 10 shots from a vehicle with an automatic gun – a Kalashnikov assault rifle, presumably aiming at the office of Prime Minister, Antonis Samaras.

There are no reported injuries and no party officials were there when the attack happened in the wee hours Monday.

A bullet landed in an office sometimes used by Samaras.

No organization has assumed responsibility, but a government spokesman, cited by BBC, has said left-wing anarchist groups were suspected.

In recent days three of the party's offices have been attacked. Small bombs have been placed at journalists' homes.

A group calling itself Militant Minority said it was behind the attacks on the houses of the journalists who were, it claimed, "official representatives of the system."

The PM's press secretary issued a special statement, condemning the shooting as an attack against democracy in Greece.