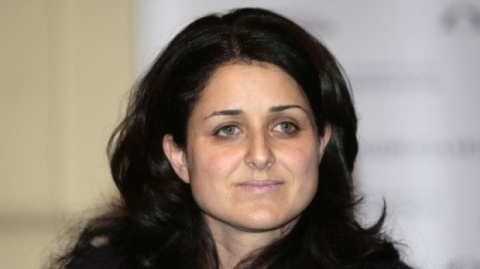 A tipoff against Bulgaria's now-notorious Deputy Agriculture Minister, Svetlana Boyanova, has been logged with the prosecutor's office.

The information was reported Saturday by the BGNES news agency, citing the Chairman of the Parliamentary Committee for the Fight against Corruption and Conflict of Interests and for Parliamentary Ethics, Boyko Velikov.

The first tipoff against Boyanova has been sent to the prosecutor by Members of the Parliament from the right-wing Blue Coalition more than 2 years ago - in November 2010. Her alleged violations then included conflict of interests in approved projects of several companies that were financed with EU Funds. Boyanova has been employed by these companies before becoming Deputy Agriculture Minister.

The right-wing MPs have further requested information if Boyanova has been CEO of the Bulgarian Association of Farm Producers, BAZP, chaired by Ivaylo Todorov, and if BAZP and/or companies managed by the two have received subsidies from the State Fund "Agriculture."

The tipoff also included information on alleged conflict of interests of Boyanova because her husband, Ivan Boyanov, is the Head of the Legal Department of Bulgaria's State Fund "Agriculture," which deals with payments from the EU agricultural program SAPARD.

Regarding the latter, Boyanova stated several days ago that she did not see anything wrong with her husband's job.

It emerged Wednesday that in 2011, the Deputy Agriculture Minister has been also investigated by the Main Inspectorate at the Council of Ministers for violations in the use of EU funds.

The probe has been initiated by Prime Minister, Boyko Borisov, while the conclusions span on 10 pages. They involve Boyanova's work as the person assigned by Agriculture Minister, Miroslav Naydenov, to oversee the "Rural Areas Development" Directorate, and strategies for BGN millions.

MP Velikov now says that after examining the information, the Committee has decided to give up on their initial resolution to launch their own probe of conflict of interests and to rather send the documentation to the Supreme Prosecutor's Office of Cassations and personally to the new Chief Prosecutor, Sotir Tsatsarov.

This has been provoked by suspicions of criminal activities related to some particular companies.

When the first tipoff was logged in 2010, then Chief Prosecutor, Boris Velchev, had ordered an investigation, and pre-trial procedures have been launched by the prosecution and the Interior Ministry. The proceedings, however, have been terminated on grounds of lack of evidence that a crime has taken place, Velikov informs.

Boaynova's name made headlines recently when it emerged she had signed the controversial deal for the sale of protected State lands on the Black Sea coast. She says she signed the documents because they were brought to her for signature.