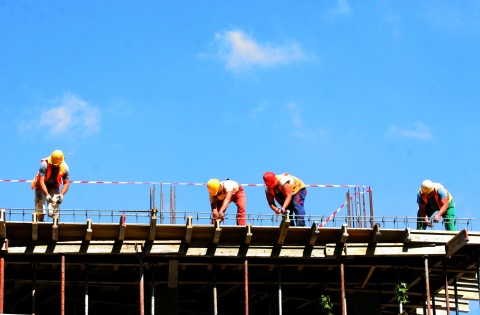 The second edition of the International Dismissal Survey of the Deloitte Legal European network of law firms has indicated that Bulgarian legislation stands closer to the legal regimes in Central and Eastern Europe, where employers are bound by stricter dismissal regulations, as compared to the more liberal regimes in Western European countries.

According to the report, dismissal costs for employers in Bulgaria and countries like Hungary, Romania, and Slovenia, are much lower than dismissal costs in Western Europe.

Stamen Yanev, Senior Manager at Deloitte Legal, comments that Bulgarian employers most often face a severance pay amounting to 1 to 6 salaries of the employee in the event of a termination of the work relationship.

Bulgaria, like the Czech Republic, and Slovakia, applies very strict standards about the motivation of dismissals.

An employee may be dismissed only for the reasons set in detail in the Labor Code.

According to the report, such rules requiring a detailed specification of the reasons for the termination of an employment contract do not exist in most of the surveyed countries.

Although all European countries require employers to provide reasons for the dismissal, most countries only ask for an explanation in general.

According to Ekaterina Suleva from Deloitte Legal, Belgium is an interesting example of flexibility for the business sector due to the fact that employers are under no obligation to reason their decisions on the dismissal of employees or to take administrative steps that would lead to related costs.

In Bulgaria, the notice of termination is a mandatory part of the employment contract and is equal for the employer and the employee.

It is negotiated between the parties within the statutory limit of 30 days - 3 months (except for fixed-term employment contracts, where it is fixed at 3 months or by the expiration of the contract).

Suleva also emphasizes a major difference between Bulgarian legislation and the laws in most European countries, where the amount of notice depends on how long employees have worked for the same employer.

The highest level of protection is afforded to pregnant employees (who may only be dismissed on certain grounds) and employees on pregnancy, maternity, or adoption leave (who may be dismissed due to the closure of the company).

Ivelina Bankova from Deloitte Legal argues that Bulgarian legislation is in line with the legal regimes in the other surveyed countries as regards labor protection of women on maternity and parental leave.