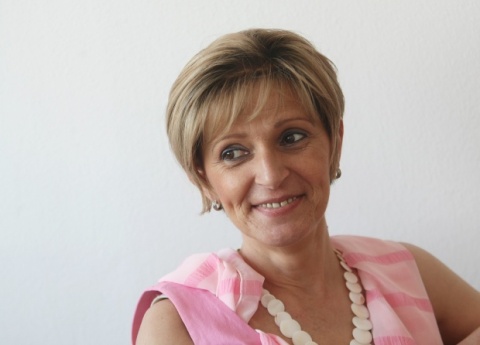 Bulgaria's most fervent cancer patient rights activist Teodora Zaharieva passed away on January 7, 2012 after more than 10 years of fighting cancer, as well as the apathy of the institutions. Photo by BGNES

Bulgaria and its cancer patients mark January 7 one year since the death of Teodora Zaharieva, the first Bulgarian who dared to wage a battle against the apathy and carelessness of the state towards cancer patients.

Bulgaria's most fervent cancer patient rights activist passed away on January 7, 2012 after more than 10 years of fighting cancer, as well as the apathy of the institutions.

Teodora Zaharieva openly faced up to the fear and stigma of the disease, turned it into her mission, raised a voice that echoed everywhere, inspired people and made them braver. A woman of strength and dignity, who did not hide behind somebody's back but fought for her cause herself.

She was often the last hope for those going through the darkest of times.

The "Bulgarian Patients Forum" federation, which used to be chaired by Zaharieva, invite all her friends and people who felt inspired by her courage to honor her at 18:00 on Monday in front of Sofia municipality building.

"We will light 101 red candles in the shape of a heart to show that good people are never forgotten and that their deeds will be remembered forever. We invite all who knew Tedy Zaharieva and those who never met her, but wanted to know her, to join us," the federation announced.

In 2004, she was the first one to stand in protest in front of the building of the Health Ministry, and took off the wig she was wearing over harsh and painful chemo.

In 2007, after a trial that protracted over 3 years, Zaharieva managed to win a claim of BGN 100,000 against the Ministry of Health for having failed to provide her with the needed treatment. She used the funds from the case to invest in a patient organization to protect not only those suffering from cancer, but all ill people in the country.

In 2009, the activist was bestowed by the Bulgarian Helsinki Committee with the title Human of the Year. In 2010, she was given the Civil Courage Award of the Panitza Foundation.