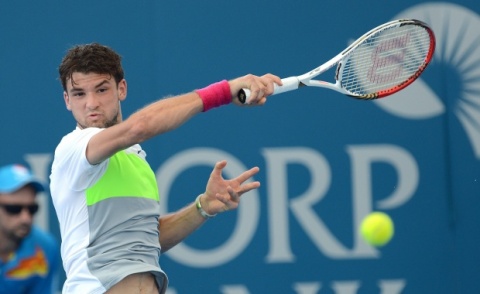 Bulgaria’s Grigor Dimitrov has been described by Australian media as "the silent assassin" at Brisbane International. Photo by EPA/BGNES

Bulgaria's young, but great tennis star Grigor Dimitrov turned into the big sensation of the quarter-finals at the Brisbane International after easing past seventh seed Jurgen Melzer.

The 21-year-old is the youngest man ranked in the ATP top 50 and has been described by Australian media as "the silent assassin" of the event after taking down second seed Milos Raonic a day earlier.