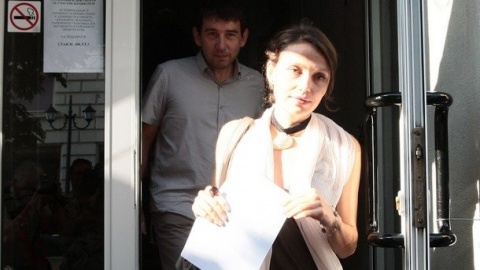 The vote for new Bulgarian Chief Prosecutor has not been secret as it is mandated, the Bulgarian Judges Association (BJA) insists.

The statement was made Sunday by the BJA spokesperson, Vesislava Ivanova, speaking in an interview for the Bulgarian National Radio, BNR.

Ivanova said the vote has been flawed because from all three candidates only one was actually subject of voting, adding BJA were not expecting and hoping that a member of the Council of Ministers would use their authority under article 150 of the Constitution to take the matter to the Constitutional Court.

According to her, the only remedy would be to attack in the Constitutional Court the decree of the President appointing Sotir Tsatsarov as Chief Prosecutor as unconstitutional, which could be done by the signatures of one firth of the Members of the Parliament, by the Supreme Court of Cassations or the Supreme Administrative Court.

BJA say they felt obligated to explain to citizens their position and believe that the Supreme Judicial Council, VSS, has become hostage in the procedure to elect the new Chief Prosecutor.

Ivanova also accused Justice Minister, Diana Kovacheva, of brutally interfering in the election by halting voting after the first nomination received the required votes, deepening the problem created initially by VSS in deciding to use electronic voting instead of a paper ballot, thus violating the secrecy clause.

Just days ago, BJA insisted in an official statement that the new Chief Prosecutor was elected and appointed in breach of the Constitution.