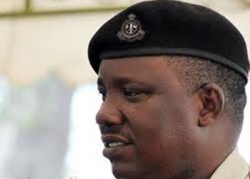 Two tragic deaths occurred over Christmas in Dar es Salaam including of a foreigner from Bulgaria who was working for one of the prominent hotels in the city.

The Kinondoni Regional Police Commander Charles Kenyela made the announcement yesterday when briefing journalists on the security report of Christmas day, as cited by IPP.

The murder of the Bulgarian, Rola Cheterolia (42), is under investigation, the RPC said, only saying she was found on Tuesday in the hotel casino hanged with her hands and legs tied.

Kenyela explained that there is little evidence to work with and no physical evidence has been recovered from the scene.

The on duty guard is however reported to have gone into hiding and police are still seeking him as a key witness and possible accomplice to the murder.