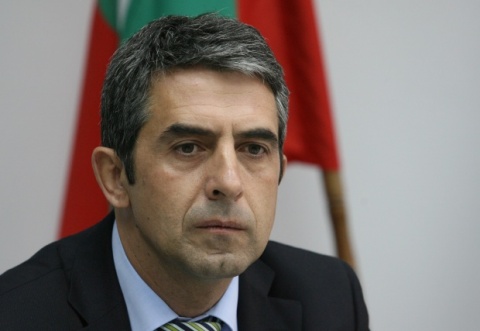 President Rosen Plevneliev has the highest approval rating among Bulgarian politicians, according to a poll of the Institute of Modern Politics (IMP). Photo by Sofia Photo Agency

President Rosen Plevneliev has the highest approval rating among Bulgarian politicians, according to a poll of the Institute of Modern Politics (IMP).

According to the results of the survey, which was conducted among 990 respondents in the period 6-13 December, Plevneliev enjoys the approval of 51.7% of the polled and the disapproval of 18.1%.

Prime Minister Boyko Borisov has the support of 39.65 of the polled and the disfavor of 38.6%.

Within one month, the approval rating of Borisov has dropped by 10%, according to the IMP survey, as cited by econ.bg.

Sergey Stanishev, Chair of the Bulgarian Socialist Party (BSP), has the approval of 29.6% and the disapproval of 45% of the polled.

Meglena Kuneva, Chair of the Bulgaria for Citizens Movement, has the highest share of neutral responses, 30.4%.

Ahmed Dogan, Chair of the ethnic Turkish Movement for Rights and Freedoms (DPS) party, has an approval rating of 7.8% and faces the disapproval of 75.3% of the polled.

Volen Siderov, Chair of the nationalist Ataka party, enjoys the support of 15.4% and is frowned upon by 57.4% of the respondents.

Center-right ruling party GERB has the highest approval rating, 37.6%, but also faces the opposition of 41.5% of the polled.

BSP is second in the ranking with an approval rating of 28.3%.

The Bulgaria for Citizens Movement has the support of 22% of the polled.

63% of the polled say they would vote if the elections were today, in which case six parties would make it into Parliament, including GERB (27% of all votes), BSP (22.2%), DPS (5.3%), Bulgaria for Citizens Movement (4.9%), Ataka (4.1%), and, possibly, the coalition of the marginal conservative Order, Law and Justice party (RZS) and businessman Vesselin Mareshki (2.6%).

The survey of the IMP was presented Thursday at the national press club of the Bulgarian Telegraph Agency (BTA) in Sofia.