Pope Benedict on Christmas: Let God in, Leave Violence Behind 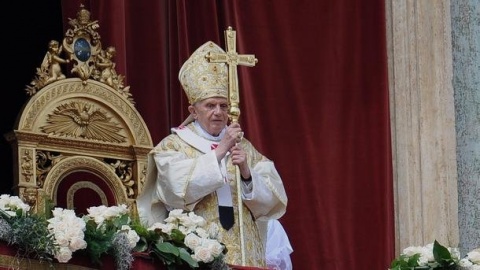 Pope Benedict XVI made a strong message for peace, including a call for the ceasing of violence in Syria, in his 2012 Christmas Urbi et Orbi address in the Vatican Tuesday.

"May peace spring up for the people of Syria, deeply wounded and divided by a conflict which does not spare even the defenceless and reaps innocent victims," the Pope said.

"I appeal for an end to the bloodshed, easier access for the relief of refugees and the displaced," added he.

The Pope also brought to mind the conflict between Israel and Palestinians in the Holy Land, as well as the many points of bloodshed in Africa.

In Christmas Eve mass Monday evening, Benedict XVI had brought attention to what he saw as a sprawling godlessness in western civilization.

"We are so full of ourselves that there is no room left for God," reflected the Catholic supreme spiritual leader.

Benedict urged Christians "find time and room for God in their fast-paced lives" and turn their attention to the stranger and needy.