Turkey Claims it Was '1st to Recognize Macedonia' 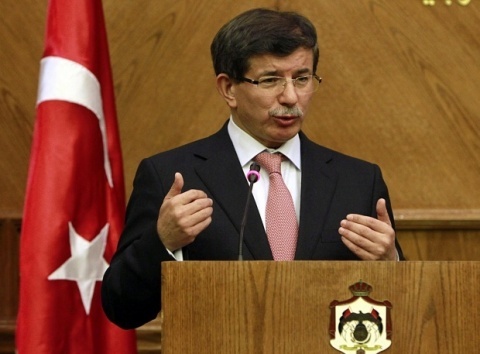 Turkish Foreign Minister Ahmet Davutoglu has made the erroneous  claim that his country was the first to recognize Macedonia.

In a statement made at an event marking the 20th anniversary of the establishment of diplomatic relations between the two countries in Skopje, Davutoglu reminded that Turkey recognized Macedonia as an independent state back in August 1992, Bulgarian media inform.

"Since then (1992), we have been a supporter for Macedonia. Because we believe in the importance of security and stability in the whole region," he said, as cited by News.az.

It was in fact Bulgaria that became the first sovereign nation to recognize the independence of the Republic of Macedonia in January 1992.

In Skopje, Davutoglu also stated that relations between Macedonia and Turkey were at high level. He added that Turkey was supporting Macedonia's NATO and EU membership bids.