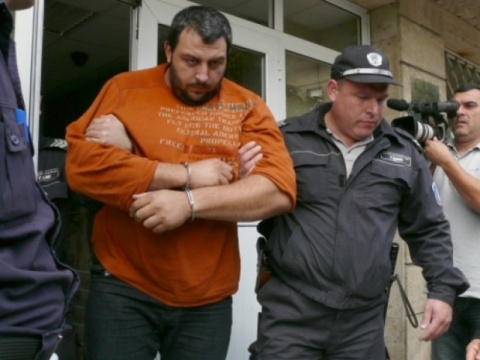 Petar Stoyanov is a leading figure in the Bulgarian sumo world. He has a silver and two bronze world medals in amateur sumo. Photo by BGNES

A Bulgarian court has delivered the toughest sentence to the president of the country?s Sumo Federation, founding him guilty of leading a gang, involved in murders, beatings, arsons and explosions.

Shumen Regional Court judges in the high-profile criminal case codenamed The Killers sentenced on Thursday to life without parole Petar Stoyanov the "Chieftain".

Two more defendants in the case - Georgi Valev and Vasil Kostov aka Vasko Ketsa (The Sneaker) - received the same sentence.

The three stood trial together with three other members of the gang - Yanko Popov, Petar Atmadzhov, and Raycho Stoynev.

All defendants pressed for acquittals, claiming lack of proofs for their role in the crimes.

The operation was carried out by the police, DANS, and the Sofia City Prosecutor's Office in connection with the murder of the controversial Samokov football club president Yuriy Galev.