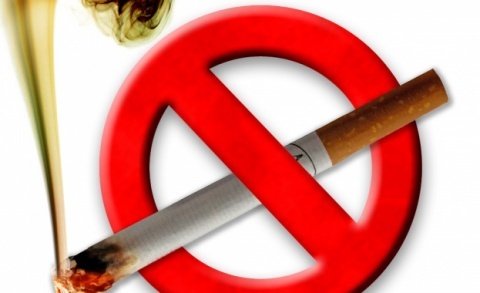 Bulgarian anti-smoking supporters believe that easing the full smoking ban would be a step back of the government. File photo

Low turnout has been reported at the non-smokers rally in Bulgaria's capital Sofia in protest against the proposed easing of the full ban on smoking in all enclosed public spaces, enforced as of June 1.

The Bulgarian National Radio, BNR, reported that about 30-40 people have gathered at the Ariana Lake in the central park Borisova Gradina, mostly young people and children. They all believe that easing the full smoking ban would be a step back of the government.

They demand keeping the ban in force in all restaurants, bars, and coffee shops and oppose "manipulative" calls for its liberalization.

The rally was organized by the Civil Initiative "Bulgaria without Tobacco Smoke."

Well-known Bulgarian sociology expert, Mira Radeva, joined the demonstration. She said that after prices of cigarettes went up in the country, the share of smokers under the age of 18 has gone down from 43% to 39% in three years, while the full smoking ban fill have 100% effect.

According to her, people who became smokers at the age of 15-16, give it up when they turn 40 due to health issues.

Earlier in the week, about 100 people gathered in a similar protest in front of the building of the Parliament in downtown Sofia.

Amendments that would reinstate the segregated smoking areas in bars, restaurants and other establishments were discussed and rejected by the parliamentary health committee as the protests took place.

Recently, MPs from the ruling GERB party declared that the full smoking ban in indoor spaces in Bulgaria would remain without any future changes.

Their statement came on the heels of reports about Bulgaria's Parliament considering easing the full smoking ban in closed public spaces.

The Standard daily wrote that the ban may only be lifted in bars and night clubs and only after 10:00 pm.

Bulgarian Health Minister, Desislava Atanasova, has been a very vocal opponent of easing the ban. Prime Minister, Boyko Borisov, declared Saturday he would resign if the ban is even partially lifted.

So far, only Economy and Energy Minister, Delyan Dobrev, has supported easing the full smoking ban, amidst smokers protests and complaints of establishment owners that they are going bankrupt and are forced to lay off employees.