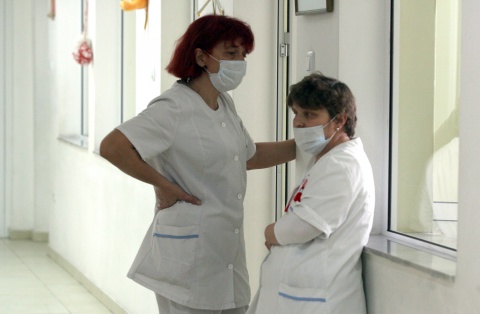 Bulgarian doctors are united around demands for the resignation of Deputy Prime Minister and Finance Minister, Simeon Djankov. File photo

The move happened during the Union's annual meeting, where only 27 delegates have voted in favor, 244 – "against," and 15 abstained.

The doctors united even firmly around demanding unanimously the resignation of Deputy Prime Minister and Finance Minister, Simeon Djankov.

In the last 3 years these redirected funds have reached the amount of BGN 2 B, the declaration claims.

"At the middle of the year, the Constitutional Court showed the Minister a "red card," annulling the transfer on grounds it is anti-constitutional," the doctors remind.

The delegates further say they want Djankov's sacking over his statements that there is lack of reform in the healthcare sector, hinting "greedy" doctors and pharmacists are responsible for it along with four unsuccessful health ministers in the last four years.

"He remembers healthcare only when he takes money out of the National Health Insurance Fund, NZOK. It is logical that when things are at stalemate, and four ministers had to go, for the Finance Minister to go as well," they insist.

BLS further adopted a second declaration against what they see as the nationalization of NZOK in demanding from PM Boyko Borisov to act on depoliticizing the Fund and making it once again a true national public institution with competent and honest management.