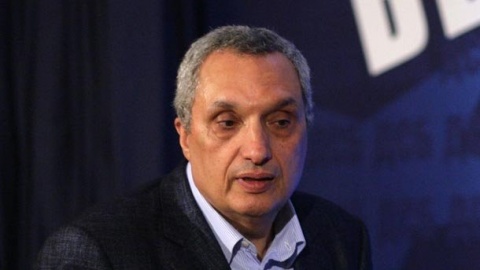 "We view Unity as a movement that aims to unite Bulgaria's right, rather than divide it or put in under the control of the ruling GERB party," commented Kostov in an interview for the Bulgarian National Radio Sunday.

"DSB is very much "for" a strong rightist Blue Coalition and we will do everything we can to unite with the persons who left the Union of Democratic Forces," added he.

Saturday Neynsky, along with other former members of rightist Union of Democratic Forces such as former leader and current MP Martin Dimitrov, founded the Unity movement.

Neynsky was given a mandate to negotiate with other rightist leaders to create a larger rightist coalition.

Sunday Kostov commented that he expects the talks will begin after the winter holidays and will be constructive.

She and front bench UDF MPs were dismissed from the party ranks when failing to comply with new leader Emil Kabaivanov's stance over an ongoing scandal with appointing a constitutional judge.

The maverick former UDF politicians have accused the party leadership of siding and in effect selling out to GERB.

GERB vice-chair and Bulgarian Minister of Interior Tsvetan Tsvetanov has said that the party might seek a coalition with UDF in upcoming summer 2013 parliamentary elections.

Formally, UDF and DSB sit together in parliament under the moniker "The Blue Coalition," but during fall 2011 presidential and municipal elections, UDF decided to no longer run joint candidates with DSB.

Originally, Kostov-led Democrats for Strong Bulgaria split from the Union of Democratic Forces back in 2004, following a fallling out between Kostov and then UDF leader Nadezhda Neynsky (then called Nadezhda Mihaylova).

The Union then suffered a heavy defeat in 2001 general elections by new National Movement for Stability and Prosperity led by former Bulgarian Tsar Simeon Saxe-Coburg, an event that led to the crisis and splitting of the Union.

Historically, in the early- and mid-1990s, the years right after the collapse of the communist regime, the Union of Democratic Forces was by far Bulgaria's largest and most influential rightist party.