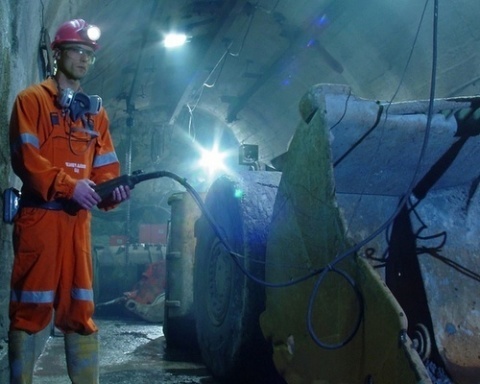 Chelopech Mining EAD is a wholly-owned subsidiary of Dundee Precious Metals and owner of the Chelopech mine. Photo by BGNES

Dundee Precious Metals is to sell to China's Xiangguang Copper Co up to 200,000 tons of pyrite concentrate per year to, to be produced in Bulgaria, the company announced.

Toronto-based mining company, which owns Chelopech mine in Bulgaria, entered into an agreement with the Chinese copper smelting company with regard to the first stage of its gold in pyrite recovery project.

The agreement provides for the purchase by XGC of up to 200,000 tons per year of pyrite concentrate from Chelopech Mining EAD, a wholly-owned subsidiary of DPM and owner of the Chelopech mine, from 2014 to 2016.

The total annual concentrate supply is expected to contain between 28,000 and 30,000 ounces of payable gold at a cash cost of approximately USD 1,200 per ounce.

DPM will earn a payable amount based on the gross value of the concentrate at spot prices, net of certain transportation and processing costs.

The reconfiguration of the Chelopech mill during 2013 will bring annual production capacity of pyrite concentrate to 400,000 tons.

There is also the possibility of a further sale of up to 50,000 tons of pyrite concentrate during 2013.

Sales in 2016 are conditional upon various global factors such as the gold price, shipping rates and acid prices in China remaining satisfactory.

In addition, XGC has agreed to purchase 2,000 tonnes per month of Chelopech copper concentrates, on market competitive terms, starting April 2013 for a minimum of 12 months.

Purchases will continue from March 2014, subject to three months' cancellation notice by either Chelopech or XGC.

Under mounting public pressure the Canadian company was forced to abandon plans for using cyanide technology after a Bulgarian court ruled against the cyanide gold extraction at the other mine operated by one of Dundee's subsidiaries in the country, Chelopech Mining.