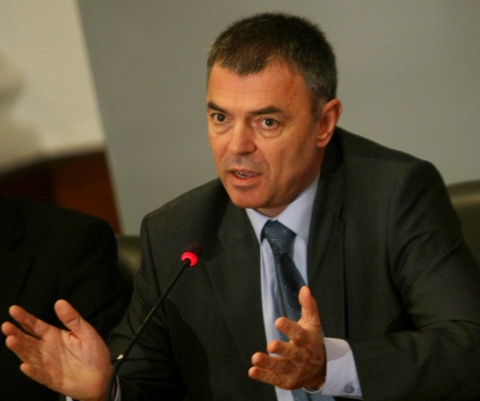 People have the right to stage protest rallies, but all accusations must be proven in a Court of Law, according to Bulgaria's Education Minister, Sergey Ignatov.

Hundreds of Bulgarian scientists and researchers are staging a protest rally Wednesday in front of the Education Ministry in outrage of what they say are Ignatov's attempts to cover-up the scandal at the country's Scientific Research Fund.

They further demand the annulment of the results of the 2012 bid for financing of scientific projects.

Speaking for the Bulgarian National Radio, BNR, the Minister reiterated his firm belief that the bid and the ranking have not been flawed. He stressed the final results of the latest probe at the Fund are expected around December 20th.

On accusations the winners are projects authored by people and companies close to the Chairman of the Fund's Scientific Council, Rangel Gyurov, and to New Bulgarian University, NBU, (of which Ignatov was president, before becoming minister), he stressed that 95 projects from all scientific areas have won financing, making it impossible for all of them to be Gyurov's "friends."

Ignatov added that NBU is one of the top universities in the country and it was normal for it to bid and win.

He promised the reviews of the projects would be available after December 10, but not online, just from the Fund's archives.

Earlier, researchers voiced outrage from the winning bids being announced without the number of points each has received and because the reviews would not be made public until January 20, 2013, when the candidates will be allowed only to see their own, but not those of others.

Despite Ignatov's denials, the outraged scientists continue to insist that rampant corruption is draining the very scarce financing for research in the country.

In addition to those in Bulgaria, Bulgarian scientists holding prestigious jobs abroad such as at Yale, Harvard, and Princeton among others, also launched a petition against the State's long-running neglect of science and education.

Meanwhile, BNR reported that the Minister has invited two of the organizers of the rally in his office to discuss the issues.