Bulgaria Will Get More Funds under 2014-2020 Budget – EU Commissioner 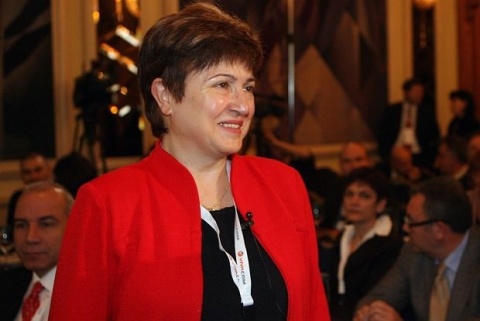 Kristalina Georgieva, European Commissioner for International Cooperation, Humanitarian Aid and Crisis Response has said that Bulgaria will be one of the few EU countries to get more funds in the 2014-2020 programming period. Photo by Sofia Photo Agency

The money earmarked for Bulgaria under the next 7-year EU budget will not be reduced even if the total sum is slashed by EUR 100 B, according to Kristalina Georgieva, European Commissioner for International Cooperation, Humanitarian Aid and Crisis Response.

Georgieva pointed out that Bulgaria was one of the very few EU Member States to get more money in the next programming period, according to reports of the Bulgarian National Radio (BNR).

Bulgaria's EU Commissioner noted that everybody was hoping that the 2014-2020 EU budget would be cut by less than the proposed EUR 100 B.

Georgieva emphasized that it was unrealistic for Bulgaria to expect a 10-15% growth in cohesion funds, but an increase of 5 to 8% was quite likely.