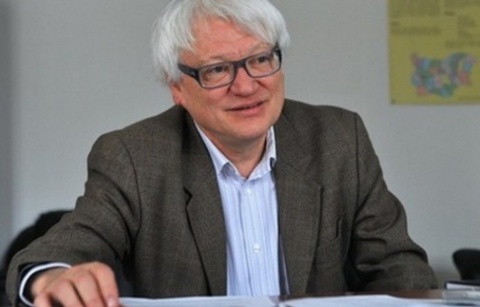 Bulgarian scientists have never had much faith in their research ministry, but the outcome of this year's grant competition has provoked a unprecedented storm of outrage.

On 22 November, a detailed front-page report in the national newspaper SEGA presented a hair-raising list of allegations, ranging from large funding allocations to companies and foundations with no experience in scientific research, to alleged conflicts of interest involving geologist Rangel Gjurov, who chairs the executive board of the Ministry of Education and Science's Bulgarian National Science Fund (BNSF). Gjurov advocates an unproven 'corkscrew' theory of earthquake prediction.

A growing number of scientists are now alleging that the funding agency is funnelling research cash towards bad science, and unfairly favouring those with close ties to the agency. This week, more than 400 researchers sent a petition to the prime minister and key science policy-makers, demanding a reassessment of the competition. "We don't have any idea why some projects didn't win, because we had no feedback from reviews," says materials scientist Victor Atanasov, from the University of Sofia, who helped to organize the petition and whose application for graphene research was rejected. "And we have no idea why some projects won because no rankings were provided."

The protest comes at a time when support for science is at a low ebb. Since 2009, university budgets have fallen by more than 20% and the budget for the Bulgarian Academy of Sciences, which runs 41 research institutes in the country, has dropped by more than 40%. "It is obviously important that the small amount of money we have is spent appropriately," says Atanasov.

The disputed competition was announced in May by the BNSF, offering grants totalling 14.8 million leva (US$9.8 million). Projects within six priority areas — including material sciences and biotechnology — were invited to bid for up to half a million leva each, and 95 were eventually selected from roughly 1,200 applications.

The petition says that two of the projects, awarded 678,000 leva between them, were supported only because of their connection with Gjurov. Many geologists are sceptical of Gjurov’s earthquake-prediction theory, which links geological processes, phases of the Moon and climate change. Some of the winning projects involve his recently qualified PhD student and a fellow advocate of the corkscrew theory. Gjurov did not respond to Nature’s questions about the allegations against him.

The petition also raises concerns about a project to build a nanosatellite, which snagged 480,000 leva for two companies, called Bulcube and Space Research. Both were registered as new companies only on 16 July, the deadline for the call, and each declared just 50 leva in capital. The project’s principal investigator, Valery Golev, head of astronomy at the University of Sofia, says that the satellite project will provide useful training to help Bulgaria develop its space activities, and that he believes the new companies to be competent.

In a written statement to Nature, a spokesperson for the ministry said that the large number of applications in the competition demonstrated that scientists trusted the BNSF. The ministry did not respond to the allegations that grants were awarded inappropriately, or explain their choice of grant-winners.

The protest comes as former BNSF director Emil Horozov, who alleged corrupt practices in research funding two years ago, finds himself the target of minor mismanagement charges. Horozov, a mathematician, became BNSF director in January 2010 with a mandate to reform the agency. He and his team produced a report detailing irregularities involving more than half of the projects funded in 2008 and 2009, which Horozov passed on to ministry officials in November 2010. But Horozov resigned in February 2011, believing that the report was being ignored (see Nature 472, 19; 2011). “We are talking here of tens of millions of euros, perhaps even hundreds of millions,” claims Horozov. “I want to make sure the bad practices are exposed and stopped.”

A year later, the Public Financial Inspection Agency (ADFI) in Sofia — which is investigating the allegations — told Horozov that its inquiry would include his tenure as director. The ADFI subsequently identified 30 pro­cedural misdemeanours, and blamed nine minor infractions on Horozov.

Horozov denies any impropriety, and alleges that the charges are a smokescreen to cover up the ADFI’s failure to address much more serious problems raised in his report. The ADFI says that its investigation followed proper procedures, and its findings are publicly available.

Horozov’s report alleged, for example, that roughly 2.4 million leva were channelled without proper review to projects involving four foundations, which offered logistical services for research into Black Sea resources and marine infrastructure. One of the projects was actually rejected in 2009, but then approved in a closed meeting of the BNSF’s executive board in 2011, which also threw in a top-up donation of 800,000 leva to another project. There has been no formal review of the projects’ progress.

All four foundations are registered in the name of businessman Galin Dimitrov. He told Nature that he is president of the Foundation for Development and Implementation of Public Resources, but is only a donor to the others, adding that the foundations offer legal and finance expertise to scientists. His goal, he says, is to make “Bulgaria a better place to live”.

Scientists, however, believe that Bulgaria’s meagre funds are being channelled away from worthy research. “We don’t believe that the reviewing process was fair,” says microbiologist Pavlina Dolashka from the Bulgarian Academy of Science’s Institute of Organic Chemistry in Sofia, whose application on vaccine development was rejected. “As some of the grants were very large, we need to protest.”