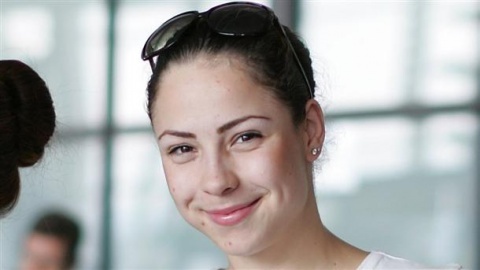 The beautiful and talented Bulgarian swimmer Ekaterina Avramova lives and trains in London. Photo by BGNES

Bulgarian swimmer Ekaterina Avramova ranked seventh in the finals of the 200m backstroke at the European Short Course Championships in Chartres, France.

The 21-year-old swimmer swam the distance in 2:07,71 minutes, improving her score from the morning start by nearly a second.

Ukraine's Daryna Zevina threw down the first sub 2:02 time of the year with a meet-record time of 2:01.97 in the distance dorsal.

That was the biggest success in the championship for the talented and beautiful Bulgarian swimmer, who lives and trains in England.

She did not have much to cheer about earlier in the week after making it to the semifinals in the 50 and 100m backstroke, but failing to qualify for the finals in both disciplines.

The European Short Course Swimming Championships in Chartres was the first international swimming event organized in France since 1987.

After two times hosted French National Swimming Championships in 2009 and 2010, this year Chartres welcomed the best European swimmers from November 22 to 25.