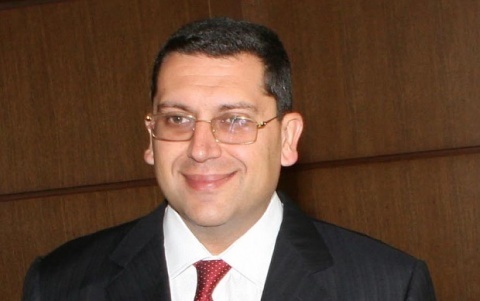 Mario Nikolov was among the sponsors of former President Georgi Parvanov's campaign for his second term in office. Photo by BGNES

Bulgaria's prosecutors have stepped back from their protest at the acquittal of businessman Mario Nikolov and the other defendants in the country's highly publicized SAPARD money laundering case.

The move fully clears the defendants of all charges, bringing to an end a strongly politicized trial, which was closely monitored by the European Commission.

However, the Sofia Court of Appeals found them not guilty.

On March 29 2010, the Sofia City Court sentenced Nikolov to 10 years behind bars and his wife, Mariana, to 8 years in the notorious SAPARD case. The two were charged, along with Lyudmil Stoykov, with laundering the money drained from SAPARD. Stoykov was acquitted by the Court.

In June 2010 Bulgaria's Sofia City Court sentenced Nikolov to 12 years in prison, and five other accomplices to smaller sentences for draining EUR 7.5 M of SAPARD funds.

However, upon the appeal of the sentence, the Sofia Court of Appeals determined that there were a number of procedural breaches and unclear facts in the proceedings.

The legal process against Nikolov was provoked by revelations of EU anti-fraud body OLAF, according to which a group of 60 Bulgarian, foreign and offshore organizations had participated in tax fraud and money laundering.

Nikolov and Stoykov were both sponsors of former President Georgi Parvanov's campaign for his second term in office.