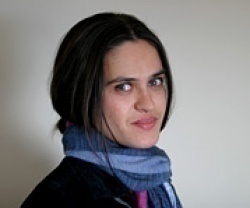 A sunny November afternoon. Prime Minister Boyko Borisov takes the lower-tier Vitosha Bistritsa football team, in which he plays as a striker, to a crucial victory and lifts up yet another tournament's cup, proud and fully fit.

Fitness for office in the eyes of Bulgarian voters, however, will be decided next year after a pre-election campaign that will definitely quicken their pulse.

But for the first time since the collapse of the communist regime in Bulgaria there will be no single odds-on favorite to become the country's next prime minister.

At the election, penciled in for the summer or autumn of 2013, Bulgarians will have to make a stark choice about what comes next. They can decide to go for more of the same and put their (obviously blind) faith again in Borisov, bank on the old crooks from the previous government, throw common sense to the wind and vote for the ethnic Turks/the nationalists or give former European Commissioner Meglena Kuneva another chance to give the country an EU facelift.

Or they may simply refuse to go to the polls, leaving the outcome of the elections in the hands of a few elderly women, Roma people and the formidable electoral machine of the ethnic Turks.

This is what most Bulgarians will do, unfortunately. Just because there is no new messiah looming on the horizon.

Four years ago the electorate was yearning for a dominant leader to reverse the perceived failures of the previous Prime Minister Stanishev and his gridlocked three-party coalition and fell under the spell of Borisov's charisma.

His rumored links to organized crime, roughness and lack of sophistication however can hardly be touted as a badge of honor any more with Bulgarians getting poorer and unhappier due to lack of reforms, lack of economy and lack of justice.

It is a combination of initially overestimating his political talent and underestimating his mercurial and impatient manner that at the end of the day eroded his approval ratings and boosted support for the Socialists.

But it is hard to forget that their leader Sergey Stanishev ended his term as prime minister in 2009 weak and barely holding onto power, unable to shed off suspicions he was just a puppet in the hands of former energy and interior ministers Rumen Ovacharov and Rumen Petkov.

The third major candidate - former EU commissioner Meglena Kuneva - is more comfortable on the world than the Bulgarian stage and is no novice at playing on larger arenas, which puts her in stark contrast with Borisov. But she does not have the potential to hold and exercise power, real and symbolic, as if she was a messiah - she is just not impudent enough to play that role.

What these front-runners share is the fact that they are smart and savvy political operators and will certainly form coalitions even though now they are swearing that's out of the question.

The debate over whether most Bulgarians' desperate need for and great expectations towards new messiahs represent a grotesque and fatal political immaturity has lost its meaning.

The point is no longer why Bulgarians are always looking for a new messiah to save them. The point is that the new messiah always rides on a wave of anger and garners all the protest votes comes election day.

With no larger-than-life personality, of the scale of Ivan Kostov, Simeon Saxe-Coburg or the early Boyko Borisov himself, at next year's general elections many Bulgarians can be expected to show their protest by boycotting the vote or casting a blank ballot.

Sadly, due to peculiarities of the electoral system, this type of protest – even if adopted by the majority of voters – will go unaccounted for. The winner will be selected by the active minority, not the passive majority.

Isn't it time to update election rules and make them more fair and adequate to the new realities?

How about introducing a 50% turnout threshold or a None of the Above vote?