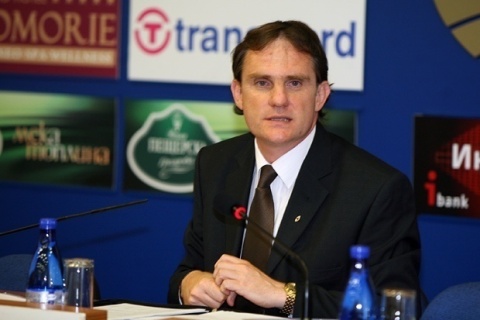 Dimitar Gogov, CEO of state-owned gas supplier Bulgargaz, has said that the 20% discount on Russian gas supplies for Bulgaria entering into force on January 1, 2013 will reduce prices for end-consumers by at least 5-7%.Photo by Sofia Photo Agency

Dimitar Gogov, CEO of state-owned gas supplier Bulgargaz, has said that the 20% discount on Russian gas supplies for Bulgaria entering into force on January 1, 2013 will reduce prices for end-consumers by at least 5-7%.

Bulgaria's new gas supply contract with Gazprom excludes intermediaries and is for a 10-year period, with the opportunity to renegotiate prices and quantities on the sixth year.

In a Friday interview for the morning broadcast of bTV, Gogov noted that it was unrealistic to expect a 20% decrease in gas rates for end-consumers.

The CEO of Bulgargaz refused to specify a concrete price decrease that would take effect in January 2013.

He said that the impact of the price drop would be strongest for industrial consumers of gas.

Gogov added that heating rates would also fall as a result of the negotiated discount but did not commit to a concrete forecast about the percentage.

Mihail Andonov, CEO of the Bulgarian Energy Holding (BEH), who took part in the morning broadcast of the Bulgarian National Television (BNT), confirmed that the new price of gas would provide a better basis for the industry.

"The new formula shows that we managed to negotiate a period during which Bulgaria will be entitled to negotiate a lower price of gas supplies after the sixth year after the contract signing. The idea is to reduce supplies from Gazprom Export at the expense of drilling off the Black Sea coast," he emphasized.

Meanwhile, both left-wing and right-wing opposition parties claimed that the much-trumpeted achievements of center-right ruling party GERB in the sphere of gas supplies would actually bring no benefits for Bulgaria.

Proshko Proshkov from the Bulgaria for Citizens party and Petar Dimitrov from Coalition for Bulgaria party argued that Prime Minister Boyko Borisov had not negotiated the transit fees Bulgaria would receive.

Proshkov pointed out that the neither the period nor the gas volumes that would be carried via the South Stream pipeline across Bulgaria had been specified, while Dimitrov declared that Bulgaria would lose BGN 150 M in transit fees over the cancellation of the pipeline stretch through Ukraine.