US Election Over but Florida Results Still Unknown 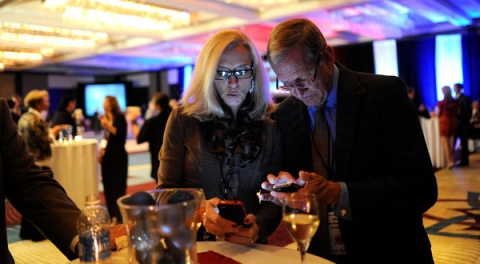 A couple are checking their phones for results at an election night reception held by the Florida Republican Party in a Tampa hotel. Photo by The New York Times

US President Barack Obama has been officially reelected to a second term in office, but the key battleground state of Florida still remains a question mark.

Early Wednesday morning Obama was edging out Romney by about 45,000 votes, or 0.53 percentage points, out of a total of 8.27 million votes cast in Florida, with about 99% of the votes counted.

"It's 1:42 in the morning and I just heard there are still people voting in Miami-Dade County," tweeted Chris Cate, spokesman for Florida's Secretary of State, who is responsible for elections.

"Kudos to their commitment to voting!"

Final results would not be available until Wednesday afternoon.

Until then, it may not be totally clear whether Obama won the state, which he carried in 2008.

Earlier President Obama won Virginia, one of the two swing states, which were too close to call, cementing his reelection.