The Magic Number 270 that Leads to White House 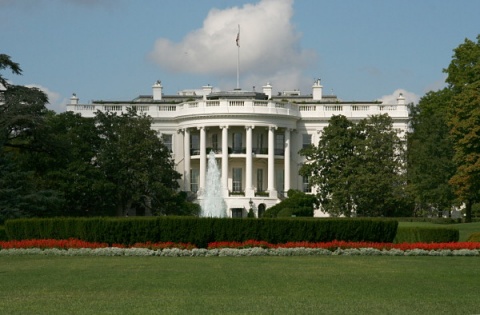 To walk the road to the White House, a candidate needs 270 electoral votes. Photo by whitehousemuseum.org

US citizens don't elect their presidents and vice presidents in a direct vote since the winner is determined by votes cast by electors of the Electoral College.

The Electoral College was established in the distant 1787 by those who drafted the US Constitution.

The reasons were summarized by Alexander Hamilton who wrote at the time: "A small number of persons, selected by their fellow citizens from the general mass, will be most likely to possess the information and discernment requisite to such complicated investigations."

In a nutshell, this is how the US presidential election system works:

There are 538 Electoral College voters divided between all 50 States and the District of Columbia, one per senator and representative from each State, thus depending on the size of the population.

In order to win the presidential election, a candidate needs 270 electoral votes.

If no candidate has a majority of the electoral votes i.e. each has 269 (which is theoretically possible, but has not happened yet), the House of Representatives picks the president and the Senate chooses the vice president. The Republicans have majority in the current House of Representatives (240 Republicans, 190 Democrats, 0 Independents and 5 vacancies). The Senate is currently composed of 51 Democrats, 47 Republicans, and 2 independents

Voters in each State select a slate of electors from a list of several slates designated by different parties or candidates, and the electors typically promise in advance to vote for the candidates of their party.

The electors are chosen by both Democrats and Republicans at party meetings in each State and sometimes by local party leaders.

Electors that vote against the popular vote in their State are called faithless electors, and occurrences are rare. State law regulates how States cast their Electoral College votes.

Nearly 40 States are considered to be strongholds of either the Democrats or the Republicans, meaning the runners battle for only several States. These States are known as Swing States (battleground state, purple state) because there no single candidate or party have overwhelming support to the Electoral College votes. These States are actually the targets of both parties during each presidential election.

No Republican has won the White House without winning Ohio.

All States, except Maine and Nebraska, use the "winner takes all" system - the candidate who wins the most votes in the State receives all its Electoral College votes. From 1969 in Maine, and from 1991 in Nebraska, two electoral votes are awarded based on the winner of the statewide election, and the rest (two in Maine, three in Nebraska) go to the highest vote-winner in each of the state's congressional districts.

The Colleges of Electors from each State meet on the same date - this year, December 17 - and vote for a president and vice president. There is no central location that the voters meet. Most of the 51 slates of electors meet at their respective State capitols.

Currently 40% of Americans can use the so-called early vote and send a ballot in the mail before Election Day, which this year is on November 6. These are called absentee ballots applied in cases of emergency, Americans living overseas and military personnel overseas.

Since 1998, voters in the State of Oregon cast ballots entirely by mail. Washington State is doing it this year as a pilot test.

This year NJ is allowing voting by email or fax in the aftermath of devastating storm "Sandy."

The system of Electoral College has frequently come under fire mostly because it makes it possible for a candidate to win the electoral vote, and lose the (nationwide) popular vote (receive fewer votes nationwide than the second ranked candidate).

Critics further say the system is undemocratic, compared to a direct system of election. It creates inequality between voters in different States since only those in Swing States determine the outcome of the election and the rest are largely ignored by political campaigns.

It creates inequality in that the populations of very small states, which have a minimum of 3 Electoral College votes, are overrepresented compared with voters from larger states.

Those supporting the Electoral College system say it contributes to the cohesiveness of the country by requiring a distribution of popular support to be elected president; enhances the status of minority interests; encourages a two-party system thus political stability, and maintains a federal system of government and representation.