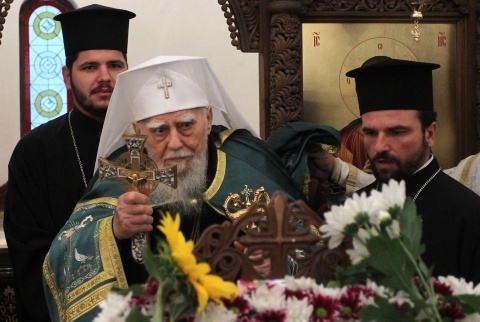 The Russian Orthodox Church has expressed its condolences over the death of Bulgaria's Orthodox Patriarch Maxim who passed away Tuesday at the age of 98.

Maxim was a "wise man, who remained peaceful in the most involved life circumstances," Deputy Chief of the Moscow Patriarchate Foreign Relations Department, archpriest Nikolai Balashov said in a statement, as cited by The Voice of Russia.

The cleric said Patriarch Maxim was a true friend of Russia and the Russian Orthodox Church, and that his demise was quite a loss to the entire Orthodox world.

Patriarch Maxim was the oldest Primate of Orthodox Church Patriarchs around the world, and he was at the helm for a record-long 41 years.

Patriarch Maxim died shortly before 4 am on Tuesday after spending a month in the Governmental Hospital in Sofia including several days on life support.