Candidates in Dead Heat as US Votes for President 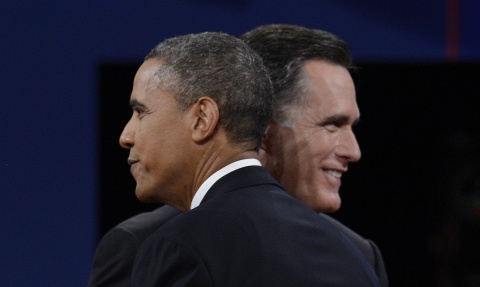 Millions of Americans are voting whether to re-elect President Barack Obama or choose Mitt Romney with CNN poll saying the two are dead even.

Forty-nine percent of likely voters questioned say they support the president, with an equal amount saying they back the former Massachusetts governor, according to CNN/ORC International survey.

The poll is the fourth national non-partisan survey, which indicates the battle for the presidency either a dead heat or virtually tied.

Fifty-three percent of women saying they plan to vote for President Obama compared to only 44% of men, CNN's final poll before Election Day indicates a significant gender gap.

According to the survey Obama is getting less support among younger voters than he did four years ago. But he manages a tie with Governor Romney among senior citizens.

The poll also indicates geographical divides, with the president leading in the Northeast, Midwest, and urban areas, and Romney ahead in the South, West, and suburban and rural areas.