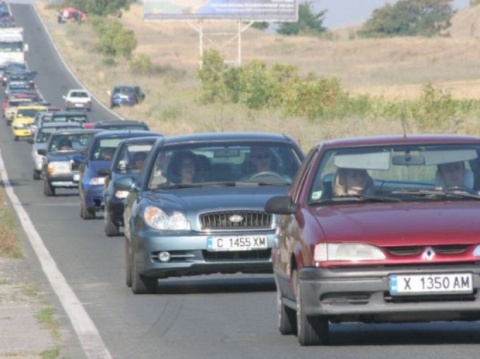 An increasing number of Italians are eager to register their vehicles in Bulgaria and Romania, fellow EU countries, in order to avoid Italian car taxes and traffic police fines, a report in the French paper Le Figaro says.

The French paper cites reports of the Bulgarian 24 Chasa daily noting that thanks to their Bulgarian license plates, the Italians' "dolce vita" is "still possible" because of the much lower car taxes in Bulgaria.

What is more, paperwork about road violations sent by the Italian traffic police to the Bulgarian authorities is reported to have hardly ever gone through, thus resulting in virtually no risk for the Italian drivers of Bulgaria-registered cars to lose their driver's license.

Several months ago the Bulgarian media city Atanas Tabov, chairman of the Management Board of the Bulgarian Car Insurers' Bureau, as demanding that the Bulgarian authorities adopt legislation to prevent Bulgarians from selling their cars to foreigners while the vehicles still carry Bulgarian license plates because in the event of a car accident abroad, all claims were reported to the Bulgarian car insurers.

That is why, there have been reports of an imminent legal ban preventing car owners whose permanent address of residence is abroad from owning cars with Bulgarian license plates. No legislation has been adopted in Bulgaria to this end, however.

As far back as 2011, there were reports in the Romanian media that Romanians were flocking to get residence permits in Bulgaria in order to be able to register their cars in the fellow-EU member state and avoid Romania's higher registration fees.