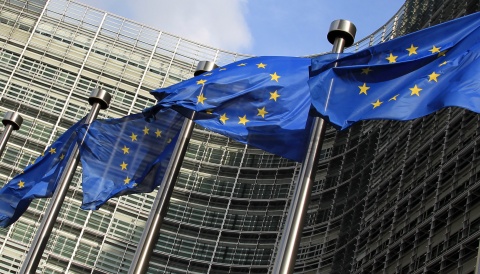 EU's Nobel Peace Prize has been attacked by the International Peace Bureau. Photo by EPA/BGNES

The awarding of the 2012 Nobel Peace Prize to the European Union is "unlawful" since it is not a "champion of peace" as defined by the will of founder Alfred Nobel, the International Peace Bureau, a Geneva-based international NGO, said on Monday.

"The European Union ... clearly is not one of 'the champions of peace' Alfred Nobel had in mind and described in his will," the peace federation wrote.

"The Swedish industrialist and philanthropist, who died in 1896, said in his testament that the award should go to the "person who shall have done the most or the best work for fraternity between nations, for the abolition or reduction of standing armies and for the holding and promotion of peace congresses," the NGO added.

The International Peace Bureau noted that the EU "is not seeking to realize a demilitarization of international relations", and that its members "condone security based on military force and have waged wars rather than insisting on the need for alternative approaches."

The IPB accused the committee of having "redefined" the prize, which now also recognizes environmentalists and anti-poverty campaigners.

The award will be presented to the EU on December 10, which is the anniversary of Alfred Nobel's death.

The demand of the IPB was immediately rejected by the Norwegian committee tasked with selecting the peace laureate.

"These viewpoints have been presented several times, they are well known and won't impact the evolution of the prize," Geir Lundestad, the secretary of the Norwegian Nobel Committee, is quoted as saying.

He added that the award "will indeed be handed out" at the Oslo ceremony, where it will be jointly collected by European Parliament President Martin Schulz, European Commission President Jose Manuel Barroso and EU President Herman Van Rompuy.

The Geneva-based peace network, IPB, has more than 300 member organizations and was itself the recipient of the Nobel Peace Prize in 1910.