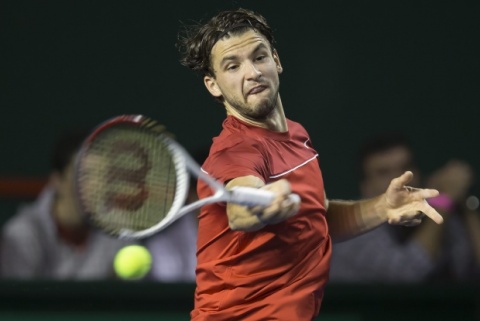 Last week, Dimitrov reached the second round of the Paris Masters Men's Singles. Photo by EPA/BGNES

Bulgaria's top male tennis player Grigor Dimitrov has entered Top 50 in the ATP ranking for the first time in his career, climbing to the 48th spot with 866 points.

The talented youngster has thus become the first Bulgarian male player to rank in Top 50. His previous highest ranking was No. 52 (August 22, 2011).

Last week, Dimitrov reached the second round of the Paris Masters Men's Singles.

Novak Djokovic has moved back into first place in the latest ATP tennis rankings issued on Monday. The Serbian stands on 11,420 points, followed by Switzerland's Roger Federer with 9,465.