Bulgaria's Pironkova Loses to Russia's Petrova at Tournament of Champions 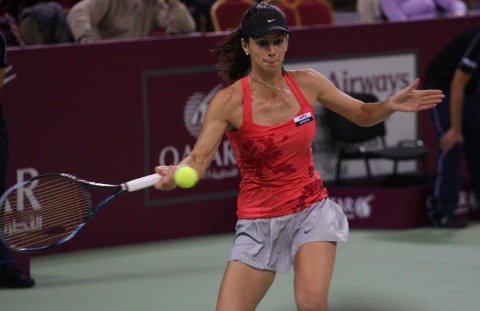 Bulgaria's Pironkova during her last match in the group phase of the Sofia Tournament of Champions against Russian Nadia Petrova. Photo by BGNES

Pironkova won the first set but then Petrova gained momentum managing to reverse the score.

Petrova and eighth-seeded Pironkova met for the Sredetz group title Friday with the winner going against Vinci in Saturday's semifinals and the loser drawing Caroline Wozniacki.

Pironkova had already secured a place in the semi-finals at Qatar Airways Tournament of Champions in advance after Russia's Maria Kirilenko withdrew from the tournament on Thursday, citing an upper respiratory illness.