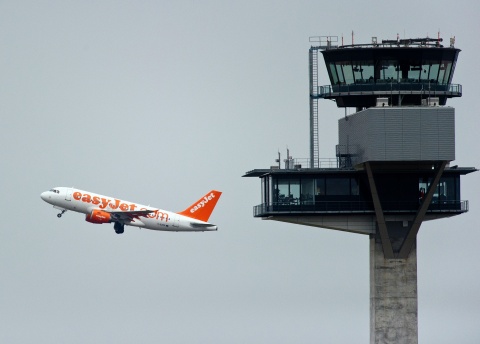 An airplane of the budget airline easyJet takes off next to the new tower of the Berlin Brandenburg Airport Willy Brandt (BER) in Schoenefeld, Germany, 07 September 2012. Photo by BGNES

The budget carrier launches a new Berlin-Sofia flight in its summer program in 2013.

A few days ago, easyJet said it would launch a flight connecting Sofia Airport and London Stansted on February 16 twice a week (Tuesday and Saturday).

EasyJet, considered to be the second-biggest low fare airline company after Ryanair, set foot on the Bulgarian market in November 2007 with low-cost flights to London Gatwick three times a week on Tuesdays, Thursdays and Saturdays.