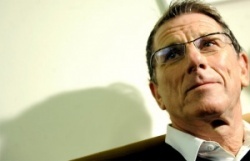 The government in Sofia will insist that it receives back one-third of the payment of EUR 1.5 M forked out by its predecessor to controversial Austrian lobbyist Peter Hochegger.

This was announced by Dimitar Glavchev, member of parliament from the ruling GERB party and chair of the ad-hoc inquiry committee, which was set up in March this year to shed light on the lobbyist scandal.

In the middle of March Bulgaria's Interior Minister Tsvetan Tsvetanov drew attention to a report of a commission at the Austrian Parliament.

It claimed that the previous three-way coalition government headed by Prime Minister Stanishev had paid EUR 1.5 M to a company of Hochegger, with part of the sum returning to the PR agency owned by Monika Yanova, Stanishev's live-in girlfriend.

Hochegger's PR agency was hired by the Stanishev Cabinet in 2008 to hold two promotional campaigns to boost Bulgaria's image in the EU.

Ernst Strasser, former Interior Minister of Austria, was said to have been transferred EUR 100 000 of the total sum without any documents indicating his contribution for the fee.

Tsvetanov demanded a probe into the matter by an ad-hoc inquiry committee.

Stanishev, on the other hand, defended himself by saying that GERB had conjured up a Bulgarian link in the corruption scandal in Austria.

Meanwhile, Hochegger admitted that Yanova's PR agency had received EUR 270 000 from his company.

Now the parliamentary committee that checked the matter say EUR 500 000 should be paid back to the state budget as it was given to the Plovdiv Fair in the form of exemption from dividend.

The sum also includes the fee that Peter Hochegger paid to his subcontractor – an agency managed by Monika Yanova, who pocketed EUR 239,000, the ad-hic body claims.

A report with its findings will be sent to the Austrian parliament.