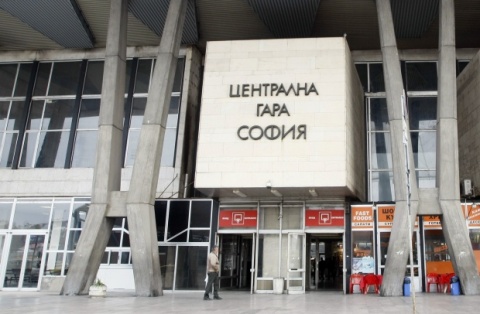 The Central Railway Station in Sofia is notorious for its lack of heating in the winter and its overall squalidness. Photo by BGNES

Moskovski attended Monday the opening of the bids submitted for the tender to revamp Sofia's train station which is notorious for lacking heating, and being squalid, not the least because of its megalomaniac design from the communist period.

"The Central Railway Station in Sofia has not been revamped for more than 30 years," Moskovski said, as quoted by the press service of the Transport Ministry.

He has praised his institution for succeeding in securing EU funding for its rehabilitation.

"This project proves that when you have arguments even projects that had not originally been slated for funding can receive a green light. This will also be the road that we will take in order to purchase new cars for BDZ Passenger Services," the Transport Minister explained referring to the vastly indebted Bulgarian State Railways.

The Transport Ministry press center has reminded that the Central Railway Station in Sofia was built in 1974, and has never been fully renovated ever since. It is not supposed to be completely rehabilitated including by improving its energy efficiency and transport connections as well as all-out access for disabled persons.

Once selected, the executer will have 26 months to rehabilitate the Central Railway Station in Sofia.