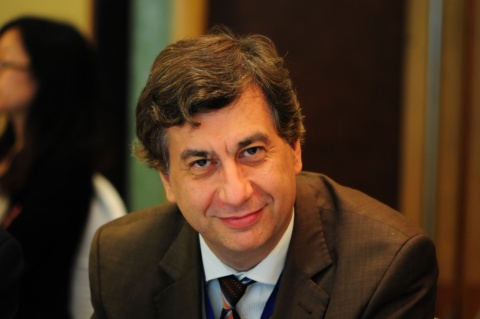 Solvay Sodi, Devnya, is the biggest plant for synthetic soda ash production in Europe and one of the biggest in the world. The first soda plant was created in Devnya in 1954, and in 1974 the new soda plant "Sodi" was built and put into operation, with significantly greater production capacity. In 1997 the company was privatized by "Solvay Sisecam Holding", whose main shareholders are the industrial groups "Solvay"(75%) and "Sisecam"(25%). The main products of the company are soda ash (light and dense) and sodium bicarbonate. In 2000 "Solvay Sodi" became the owner of some of the main suppliers of raw materials for the soda production – TPP "Deven", the salt drilling facilities in Provadiya ("Provadsol"), and together with "Devnya Cement" - the limestone quarry ("Devnya Limestone") .

"Solvay Sodi" is one of the biggest industrial enterprises in Bulgaria, which provides about 1% of the country's total exports, it has 640 employees and ensures jobs for over 1000 people as subcontractors.

This year the company is celebrating 15 years since its privatization? How would you assess its development during this period?

Solvay Sodi and its subsidiaries are an example of one of the most successful privatisations in Bulgaria. This success is a result of the good relationships we have at municipal and regional level with the administrations in Varna and the region, as well as with the government in Sofia.

It is also due to the commitment of our employees who are our most valuable asset, and, as we say here, "have soda in their blood." Extremely important are also our shareholders who, over the past 15 years, made ??significant investments amounting to nearly 900 MBGN.

What does the information about the company's performance in 2011 show?

The results for 2011 (net profit – 23,3 MBGN) prove that this ambitious and sustainable vision for the strategic development of our plant is leading us on the right path.

2011 is a record year for Solvay Sodi – we have produced almost 1,5 Million tonnes of soda ash and sodium bicarbonate In order to achieve such results in the future, we must continue to improve in all areas so that we could overcome competition from the trona (natural soda ash) producers who operate at much lower costs.

It is a positive sign that Solvay Sodi can take advantage of nearly 150 years of experience of the group "Solvay", and the competitive position of the group in world markets.

Did the crisis affect the production and trade of soda ash and what was the effect on Solvay Sodi?

The economic crisis did indeed affect the chemical industry, however we are trying to minimize its effect by maximizing the production and constantly optimizing the expenses and the consumption of energy which, for the last three years, is 7% less.

Our main goal is to remain one of the most competitive soda ash plants. There is still a great demand on the global market for soda ash, but competition is strong. Market trends are important to us because we export 85% of our production.

How is the execution of the investment program going and what lies ahead?

In the last 4 years a massive program for expanding with 25% the production capacity of the soda plant was realized - from 1,2 to 1,5 tons annually. 300 MBGN were invested in the project for modernisation and reconstruction of the existing installations and for building of new ones along the whole production chain.

The increase in production capacity of the soda plant led to a greater need of raw material supplies – and mostly steam, which is the main energy source for the production of soda ash.

Therefore, we had to carry out a big investment program in TPP "Deven", related to the construction of a new boiler through a very modern technology for combined heat and power generation, highly reducing our impact on the environment.

For the next 3 years we foresee to invest around 25 to 60 MBGN annually focusing primarily on savings and energy recovery. We will continue with the renovation of the industrial park and reducing emissions in line with EU requirements

Do you expect improvements in the business environment in Bulgaria? Does the state help the business or does put obstacles?

Bulgaria has many advantages that are beneficial for the business, as the favorable geographical position for example or the labour expenses. The country is rich in raw materials.

Another major advantage, of course, is the lower direct taxation, but I would like to emphasize that it is not enough in itself to attract foreign investment. It is also necessary to ensure predictable and stable investment environment, with a clear long-term vision for economic development and reduced administrative burden.

I think the government is managing quite prudently the budget in this financial crisis and invests considerable efforts to avoid financial hardships experienced by some of our neighbours.

In this respect, we maintain regular contacts and conduct open discussions with the Government and in particular the Ministries of Finance, Environment and Waters on various issues, the resolution of which is essential for maintaining the competitive advantage of Solvay Sodi. These discussions are in the spirit of a reasonable, responsible and positive dialogue with all parties.

How is the increase in the price of gas and fuel reflecting on the production?

The natural gas is very expensive in Bulgaria compared to the other fossil fuels and therefore we stopped using it. Every increase in the price of gas reflects indirectly some of the raw materials.

We strongly support the transparent method for price calculation and the predictable price regulation, which ensures the competitive position of the industrial enterprises.