Tensions Rise in Bulgarian City over Liberation from Ottoman Turkey 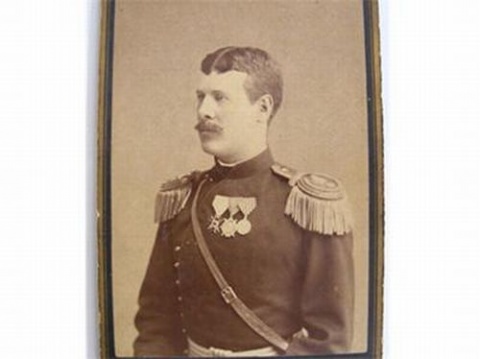 Gen. Vasil Delov with his troops liberated the Southern Bulgarian city of Kardzhali from the Ottoman Empire during the First Balkan War in October 1912. File photo

The local authorities in the Southern Bulgarian city of Kardzhali, which has a large ethnic Turkish community, have resorted to an emergency meeting over tensions with respect to the celebration of the 100th anniversary since the city's liberation from Ottoman Turkey.

The issue revolves over the intention of the local authorities to award posthumously an Honorary Citizen title to Gen. Vasil Delov, as part of Bulgaria's celebration of the 100th anniversary since the start of the Balkan War in October 1912, in which Bulgarian troops liberated much of the Bulgarian-populated parts of the Southern Balkan Peninsula from the rule of the Ottoman Empire.

On Friday, the Bulgarian ethnic Turkish party DPS ("Movement for Rights") demanded that the posthumous award of Gen. Vasil Delov be dropped from the agenda of the City Council's celebratory session scheduled for Sunday, October 21, 2012.

As a result, on Saturday, the local political leaders got together for an emergency meeting chaired by City Council chairman Raif Mustafa from the DPS party, with the local leaders of the ruling center-right party GERB Iliya Iliev and the opposition Bulgarian Socialist Party Milko Bagdasarov declaring their city councilors would boycott the Sunday session if the DPS party, which commands 23 out of 41 seats in the Council, drops the honorary title for Gen. Vasil Delov.

Representatives of the DPS party have tabled to Mayor Hasan Azis, also a member of DPS, a petition signed by 350 locals against the posthumous awarding of Gen. Delov.

The arguments of the ethnic Turkish party DPS for against the honoring of the general who is hailed by Bulgaria as Kardzhali's Liberator from Ottoman Turkey read that "the memories of the Balkan War are still alive, they affect people living today, and there are unhealed wounds".

The Federation of Balkan Turks, based in the Turkish city of Edirne (Adrianople) earlier spoke against Delov's awarding, saying that his troops chased away ethnic Turks from Kardzhali during the First Balkan War. Bulgarian critics quicked retorted that Ottoman Turkey undertook an ethnic cleasing campaign in what is today its European territory after recapturing it from Bulgaria in the Second Balkan War in 1913.

The celebration of the 100th anniversary since the liberation of Kardzhali from the Ottoman Empire is scheduled for Saturday night, on Kardzhali's downtown Liberation Square, with the participation of Bulgarian President Rosen Plevneliev, and Defense Minister Anyu Angelov.