A Question of Life and Death, Literally 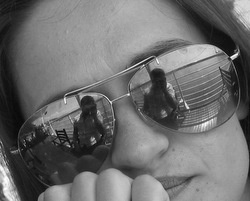 Do you remember the heart-rending story of a friend of mine, whom I watched giving up the fight for survival after three years of battling cancer?

As I read about voters in Massachusetts, expected to back next month terminally ill patients' right to an assisted suicide, the story came back to my mind with a vengeance. Sadly, even at the very end of her natural life, her suffering was not reduced.

The Bulgarian care pathway for the terminally ill, it turned out, "obliges" the patient to die within twenty days (spread over a period of six months). But if God refuses to take into the air your quiet breath, the misery drags on, more abominable than before.

My friend was forced to leave the hospital because she had consumed her quota for prolonging life artificially. She did not seem to mind as conditions there were more suitable for a horror movie.

Her life-support system was removed.

Relatives ruled out the option of abandoning her at the dubious hospice nearest to her town, but still far away from it and took her home. Just because nobody from the hospital took the trouble to spend a few minutes with them, they had no idea what may be in the cards in the next few days, what they can do and whom they can contact if she can't fly with her own wings.

This is exactly what happened and it was only with the aid of an extra-strong dose of life-shortening painkillers and sedatives – thanks to the knowledge and skills of no other than her sister, a pharmacist – that she passed away. No supervising or visiting doctor, no nurse.

In any other European country such an approach would be slammed as risky at best. Not to mention America.

Is it any wonder then that in Bulgaria the idea of helping the terminally ill to die, once a taboo, is now gaining support?

True, the same shift in public opinion is evident in most European countries and America too. But for very different reasons - belief in people's right to choose between life and death, more secular thinking, coverage of hard cases in the media. Still there are heated debates over concerns that legal, easy-to-get assisted suicide will have dire social and moral repercussions.

Dire however is the word that describes best Bulgaria's health care system. That must be the reason why the assisted suicide trend is spreading here too. But unlike the civilized world, in Bulgaria it is committed unofficially, with or without a doctor's help.