????In Vitro Fertilization at Saint Lazar Hospital in Sofia 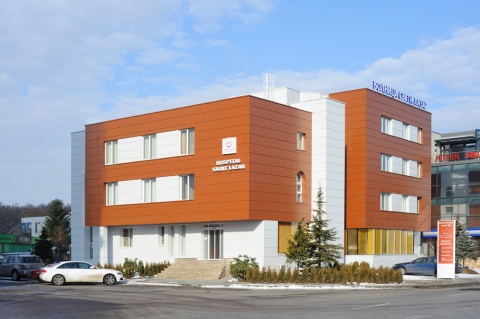 The St. Lazar Hospital in Sofia. Photo by st.lazar-hospital.com

It has been seven years since the launch of the Assisted Reproductive Technology (ART) section at the Obstetrics and Gynecology Hospital Saint Lazar in Sofia. For this period, a total of 1 200 families with reproductive problems have been treated by us, and we have managed to help in about half of these cases.

We have always strived to save the time of our patients, to provide consultations and diagnosis to them at a convenient time by reducing as much as possible the treatment periods without affect their quality. This meets the requirements of most of them. Over 70% of our patients attended other labs before but later chose the Saint Lazar Hospital.

The major difficulty we are faced with is the constantly growing age of women wishing to get pregnant. In 2012, it was 37 years of age. This led us to introduce some new schemes for ovarian cycle stimulation as well as in vitro lab methods that were new for us – such as the cryopreservation of ovarian tissue, in addition to the sperm and embryo cryopreservation that we had already been offering.

More and more women are not ready to become mothers at the moment but wish to preserve ovarian tissue for a later period in their lives when they have achieved their career goals or have met the right person. These women are afraid that by the time that happens they will have reached an age when they may not have eggs that are fit for fertilization.

Another group of women who had hoped that Bulgaria will adopt a law for surrogacy have already decided to go for this procedure to Ukraine, the USA, or Western European countries where surrogacy has been made legal. Some are going for surrogate motherhood in Bulgaria running the risk of being blackmailed by the surrogate mother.

Still other women in Bulgaria are resorting to the State Assisted Reproduction Fund, which has been functioning well since its founding three years ago, and this gives thousands of couples with reproductive problems the opportunity to take advantage of its services. We have been working with the fund since the launch in 2009, and we are convinced that the state must continue to support financially couples with reproductive problems.