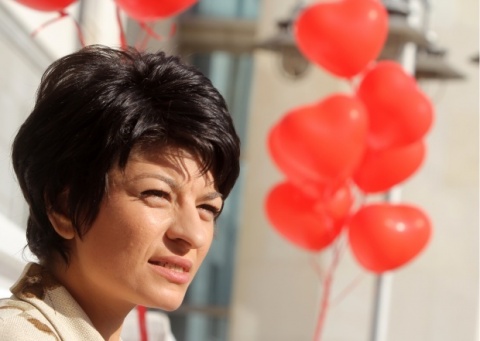 Bulgarian Health Minister Desislava Atanasova, a lawyer, entered politics in 2009 as part of the GERB party. Photo by BGNES

Krasimir Atanasov, the husband of Bulgarian Health Minister Desislava Atanasova from the ruling center-right party GERB, has won a BGN 1 M public procurement contract, according to a press report.

Atanasov, 42, recently got a BGN 1 M contract with the Bulgarian government for the construction of two foster care homes in two quarters in the northwestern city of Vratsa by his firm, Dekra Stroy, the Presa daily reported Tuesday.

The report further says that the Health Minister's husband, who is a native of the Danube city of Ruse, registered a Sofia office of his firm in September 2012 with garbage collection and garbage disposal as its designated business activity.

"Does this matter?" Krasimir Atanasov is quoted as responding when asked if his wife helped him win the tenders for the construction of the two buildings in Vratsa worth BGN 1 M.

He added he won the tenders because his was the only firm that bade in them, further explaining his fast success with the quality of his firm's construction work.