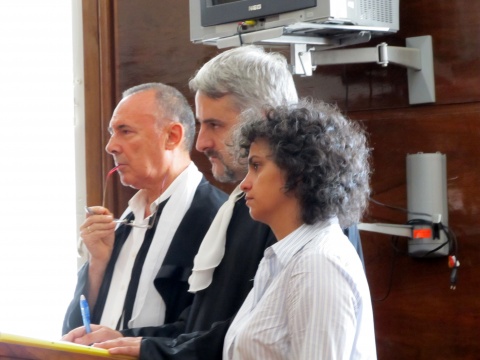 The Ruse Regional Court has terminated the defamation proceedings against journalist Asya Pencheva over the non-observance of a statutory deadline. Photo by BGNES

The proceedings were terminated over the non-observance of the six-month statutory period for the filing of a complaint on the part of social worker Tsenka Blagoeva, according to reports of the Bulgarian Telegraph Agency (BTA).

Monday's decision of the Ruse Regional Court came after in mid-September the Ruse District Court returned the case for retrial to the court of first instance.

Prior to that, in June 2012, Pencheva, a journalist at the local Utro ("Morning") paper, was declared guilty of defaming Tsenka Blagoeva, social worker at the Nadezhda ("Hope") orphanage, in a publication dated July 12, 2011.

The court imposed a fine of BGN 5000, a public reprimand, and ordered Pencheva to pay BGN 1000 to Blagoeva in compensation for non-material damages.

The sentence was appealed before the Ruse District Court, which revoked the sentence in its entirety and returned the case for retrial by another judge panel of the Ruse Regional Court over procedural breaches and flawed application of the law.

At its Monday sitting, the Ruse Regional Court ruled that the complaint over the publication in the Utro newspaper had been submitted one day after the six-month statutory deadline expiring on January 12, 2012.

The decision of the Ruse Regional Court terminating the defamation proceedings against Asya Pencheva can be appealed within a 15-day period before the Ruse District Court.