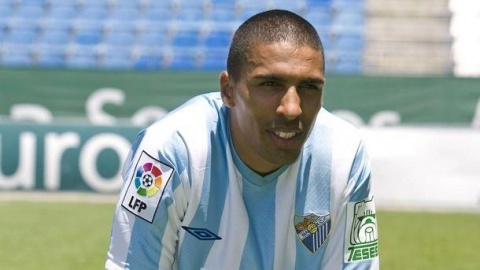 Danish national Patrick Mtiliga was hammered with racist insults by Bulgarian fans during a football match in Sofia. Photo by EPA/BGNES

The Danish Football Association has announced intentions to demand sanctions for Bulgaria over racist shouts against their player Patrick Mtiliga.

Its Secretary General Jim Hansen is quoted by bTV saying he expected FIFA to punish the Bulgarian Football Federation.

The insults came from the Bulgarian audience Friday night during a game between the national teams of the two countries.

The match from World Cup qualifiers the ended with 1-1 draw.

"You should keep in mind that the fourth referee heard everything. We met with the FIFA delegates at the match," said Lars Berendt in a statement released on the website of the Danish Football Association.

Mtiliga, himself, has been unaware of the offences, but teammate Daniel Wass heart them.

"This shows what a nation they are. This is what happens in football. When we came here we knew what to expect. We were prepared for this," Wass is quoted saying.

Bulgaria has been fined EUR 40 000 already for racist insults during the game against England over a year ago, while the "Levski" Football Club was fined EUR 30 000 on the same grounds after a match with Sarajevo.

The commentator of the Danish website jyllands-posten.dk, Troels Henriksen, in an article, criticizes the Danish national team's poor performance so far in the world qualifiers.