21% of Foreign Tourists Would Repeat Visit to Bulgaria 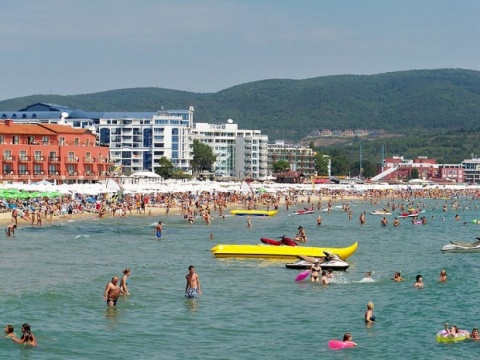 According to a poll conducted among 108 foreign tourists in Bulgaria, only 21% would like to repeat their visit and 43% would recommend Bulgaria as a tourist destination. Photo by dariknews.bg

Bulgaria is among the EU countries which foreign tourists avoid for repeat visits and would not recommend it to their friends.

The findings were announced Thursday at a round table during the presentation of the project "Stimulating Quality and the Sustainable Development of Tourist Enterprises."

The project is implemented under the Regional Development Operational Program over a period of 36 months and is worth BGN 494 000.

Yana Spasova, expert at Bulgaria's Ministry of Economy, Energy and Tourism, said that the country ranked below the EU average on the parameters of "tourists' intention of repeat visit" and "intention of recommendation", according to reports of the Bulgarian Telegraph Agency (BTA).

It was made clear that a poll conducted among 108 foreign tourists in Bulgaria had indicated that only 21% had voiced willingness to come back against an average EU norm of 48%.

Experts said that 43% of the polled had confirmed they would recommend Bulgaria as a tourist destination to their compatriots, compared to an EU norm of 71%.

Tourism experts vowed that the introduction of systems for quality management and sustainable development would increase positive feedback and bring the figures closer to the EU average.

The specialists informed that 15% of tourist companies had implemented such systems and 2.5% were in the process of introducing them.

The participants in Thursday's roundtable agreed that the introduction of voluntary certification systems in the sector, as well as the sustainable development of tourism firms, would result in improving the quality of tourist service, boosting the competitive power of tourist enterprises and increasing tourism revenues.