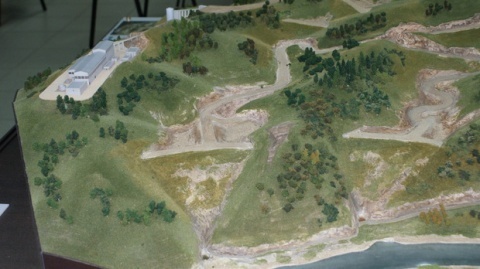 Toronto-based mining company Dundee Precious Metals has overcome one more important obstacle to its plans for a new open pit gold mine in southern Bulgaria.

A three-member panel of the Supreme Administrative Court has dismissed the appeals filed against the approval, by the Bulgarian Minister of Environment and Waters, of the environmental impact assessment for the Company's Krumovgrad Gold Project in Bulgaria.

"We are extremely pleased by the Court's decision to dismiss the appeals of the Minister's resolution approving our Krumovgrad EIA", said Jonathan Goodman, President and CEO.

"Over the last several years we have worked hard to redevelop the project to address the concerns of the community and look forward to building a project that will bring economic benefit to Bulgaria and the local community, as well as DPM and its shareholders."

The project, which faces fierce opposition by the local community, was given at the end of last year a provisional go-ahead by the Bulgarian environment minister, who approved the company's environmental impact assessment (EIA).

Mining activities however cannot begin until the EIA appeals are resolved.

The people living in the poor Bulgarian town of Krumovgrad however have been relentless in their protests against plans by Canadian mining company Dundee Precious Metals to open a big open-pit gold mine, spurred by the worldwide gold rush.

Under mounting public pressure the Canadian company was forced to abandon plans for using cyanide technology after a Bulgarian court ruled against the cyanide gold extraction at the other mine operated by one of Dundee's subsidiaries in the country, Chelopech Mining.