Bulgarian Hotels to Be Included in Russian Blacklist 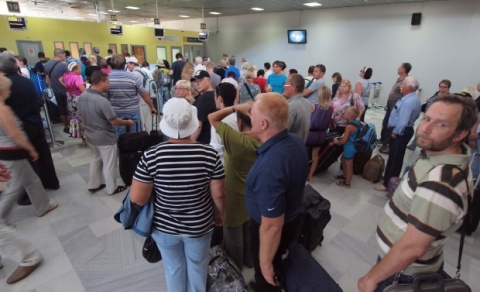 Alexander Radkov, head of the Federal Agency for Tourism of the Russian Federation, has warned that Bulgarian hotels may be included in a blacklist.

In an interview for Russian online newspaper gazeta.ru, as cited by dnevnik.bg, Radkov explains that the bankruptcies of tour operators will continue and that Russia must create mechanisms to defend the rights of tourists.

He further points out that the association Turpomosh was created to help stranded tourists.

He reminds of the problems experienced by tourists in Bulgaria in the summer of 2012, when a Russian tour operator went bankrupt.

"Unfortunately, there was an unfair response on the part of the foreign hotels in a number of cases. Some tourists were blackmailed for money in Bulgaria. The tourists were offered to pay for their stay once again, they received threats and warnings that they would be included in blacklists, they were subject to psychological pressure," Radkov states.

He emphasizes that Russia has experience with drawing up blacklists of hotels which violated the rights of Russian tourists, adding that the Federal Agency for Tourism of the Russian Federation will continue to advise tour operators to avoid working with them.

Over the past five years, the share of Russian tourists in Bulgaria has increased from 5.7% in 2008 to 11.7% in 2012, according to data of the Association of Tour Operators of Russia (ATOR), as cited by Interfax.